Ever cringed about the big figures of taxes deducted from your salary! Well, it goes unsaid that we all want as much cash inflow as possible when we are working and the first thing that comes to our mind is to save that tax paid “TDS”. A common man is sometimes clueless as to how to e file taxes, how to save taxes and where to invest to get that tax relief. Let us tell you about income tax savings journey of Manoj Kumar.

Manoj Kumar, aged 35 years, hailing from a middle-class background lived in Bangalore with his parents, wife, two children and his disabled brother. After completing his master’s in engineering and changing many jobs, Manoj got employed as a Manager in an Information Technology company on May 1, 2016, where he drew a basic salary of ₹65,000 per month, CTC being Rs 14 Lacs. During his induction, he was informed that he will need to declare his tentative tax saving investment for the financial year & then e file taxes. Ignorant about tax matters, Manoj filled in (as below) only certain details which he was most familiar with:

Being a family man, Manoj anyway did some of the following activities during the year:

Manoj realized that despite giving investment declaration details to his company, a substantial amount of his salary was being deducted as taxes. Unaware of how things worked, Manoj was distressed that he was not able to do anything to save taxes. In the month of December, he also got an email from his company to submit copies of proofs for having invested in tax-saving instruments.

Manoj wanted to desperately consult a tax professional now. He got in touch with a Chartered Accountant (CA) at Tax2win and explained him the above details to find a solution. The CA gave him the best tax saving tips to help him get maximum income tax refund. These are:

Under the Income-tax Act, 1961, an individual can claim deductions from his Gross Total Income under Chapter VI-A with respect to certain kinds of expenditures/ investments like:

Analysis: Manoj is making maximum use of Section 80C Deductions, as he’ll get a deduction of Rs 1,50,000 in this section owing to LIC Premium, EPF, Principal component of his housing loan and tuition fees of his child.

Contributions made to the New Pension Scheme (NPS) of the Central Government. Section 80CCD (1) provides for a deduction for the amount paid/ deposited by an employee in his pension account subject to a maximum of 10% of his salary. [“salary” includes dearness allowance, if the terms of employment so provide, but excludes all other allowances and perquisites.] Further, a new sub-section (1B) has been introduced by the Finance Act, 2015 wherein additional deduction of up to ₹50,000 in respect of the amount paid/ deposited towards NPS is allowed [Section 80CCD(1B)]. This deduction is in addition to the overall limit of ₹1.5 lacs provided under section 80CCE [80C+80CCD (1)].

Further, under section 80CCD (2), the contribution made by the employer is allowed as a deduction in the computation of total income of the assessee. The entire employers’ contribution would be first included in the salary under the head “salaries” and deduction under section 80CCD (2) would be allowed under Chapter VI-A, the deduction being restricted to 10% of salary. [“salary” includes dearness allowance, if the terms of employment so provide, but excludes all other allowances and perquisites.]

Expenditure for the medical treatment, training and rehabilitation of a disabled dependent (being either spouse, children, parents, brothers or sisters who are wholly/ mainly dependent on the assessee). A flat deduction of ₹75,000would be allowed and in the case of severe disability (i.e. 80% or more) a flat deduction of ₹125,000 would be allowed.

Analysis: Manoj will get a flat deduction of Rs 75,000 for his brother’s treatment as his brother is 50% disable under section 80DD.

Any expenditure by way of interest on loan paid for the purpose of higher education of self, spouse, children of the individual or the student for whom the individual is a legal guardian would be allowed.

Analysis: Manoj cannot take advantage of this section as his children are still in school, and hence no loan for higher education.

Deduction for donations paid to eligible funds or institutions (like C.R.Y., Helpage India, Prime Minister’s National Relief Fund and other such approved institutions) subject to certain limitations shall be allowed.

50% of deduction with respect to the amount invested in Rajiv Gandhi Equity Savings scheme (RGESS), the deduction being limited to ₹25,000 (therefore, the maximum Investment permissible for claiming deduction under RGESS is ₹50,000). However, there are conditions attached for claiming this deduction, like the individual, must be a retail investor or he should not have opened a Demat account and should not have made any transactions in the derivative segment till the date of notification of the scheme. Also, the gross total income of the individual should not have exceeded ₹12 lacs. Lock in period will be there years.

Analysis: There’s no use in investing under this section for Manoj as his Gross Total Income exceeds Rs 12Lacs per annum.

Deduction in respect of rent paid during the year subject to certain conditions. It’s the least of:

Interest from saving accounts with Banks or Post office, the maximum limit being Rs 10,000.

Analysis: Manoj will get the maximum benefit out of this section i.e. Rs 10,000 as he generally earns 12,000-15,000 interest per annum from his savings bank account.

The benefit for claiming  loss from house property:

Further to the above deductions, interest payment on the housing loan can be claimed as a deduction/ loss under section 24(b) under the head “income from house property”. This deduction is available up to ₹200,000 in case the house acquired is self-occupied by the assessee.

Analysis: Manoj will get a deduction of full Rs 1,50,000 that he had paid as housing loan interest.

The chartered accountant explained that despite the shortfall in amount while making a declaration to the company, Manoj could still claim extra deductions during the year, pertaining to the above sections, either by submitting proofs to the employer or updating the information at the time of filing the return of income.

Hearing the above, Manoj was relieved of the fact that he had options and could save some extra taxes. However, he was concerned about the taxes already deducted by the employer from his salary. To this, the Chartered Accountant explained that since he was an individual falling in a high-income bracket, levy of taxes to an extent was inevitable. However, any excess taxes deducted after considering all the eligible deductions could be claimed as a refund at the time of filing the return of income. This finally brought a happy smile on Manoj’s face!

If you can relate yourself to Manoj and want to save that extra tax for FY 2016-17, you should start planning in advance before the financial year March 31, 2017. 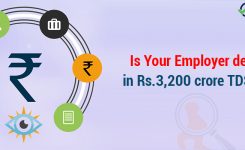 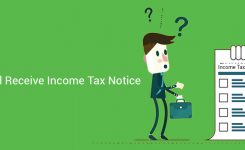 7 Reasons Why You Could Receive Income Tax No... 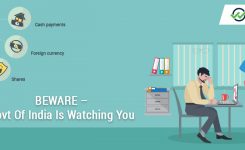 BEWARE - Govt of India is Watching You 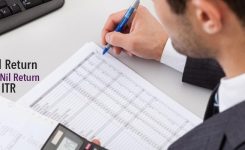 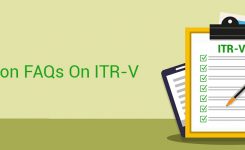 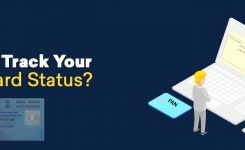 How to Track your PAN Card Application Status... 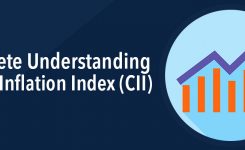