However, CAs and tax specialists believe that the ITR filing date may get extended for individuals and other taxpayers. While there is no notification till now, the tax experts are confident that their request will be heard.

In this guide, we have compiled the top 4 reasons why it may get extended- have a look! 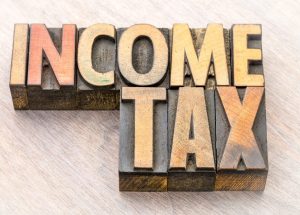 With a few days left, there is a possibility that the rest of the taxpayers would be unable to file their tax returns. It is basically due to the numerous bugs that have been identified on the newly released income tax portal. As of now, the ITR due date remains to be 31st December. It needs to be seen if the recently launched e-filing income tax portal can manage the volume of people reporting their ITRs at the same time in such a short period of time.

In comparison to the previous year, fewer taxpayers have submitted their ITR in FY 2020-21. According to a tweet from the Income Tax Department last year, more than 5.95 crore ITRs were submitted as of January 10, 2021. It was the last date of filing for the last year. However, this year, by 15th December only 3.59 crore ITRs have been filed. At least 2.36 crore ITRs are still to be submitted, with fewer than 15 days until the deadline of December 31.

Several problems in the income tax portal have been reported by taxpayers and other stakeholders. For instance, due to the failure of the TAR schema, an incorrect date is being displayed in the previously submitted TARS.

It is worth noting that ITD utilities available in the public domain have quite extensive and time-consuming regulations and issues. As a result, compiling details and completing compliances takes a significant amount of time.

In a nutshell, the issues like the portal’s sluggish performance, lengthy utilities, etc., are creating a backlog of work with CAs, industry professionals, and other stakeholders. This necessitates more time to submit ITRs smoothly. Extension of ITR filing dates will provide relief to the taxpayers for the third time.

That being said, it is advisable that you should not wait for the extension as the income tax department has not yet released any notification communicating the extension of the dates. File your income tax returns today on tax2win and save yourself from penalties.