Do you know post 31st March you cannot file your tax returns for these financial years AND cannot claim tax refunds or may attract penalties and interest and face problems in getting loans etc.

You still got a month in hand, so relax and first understand whether the deadline is applicable to you or not.

Belated return or late return are the terms used interchangeably. As per income tax act, under section 139 (4)- When a person does not file their income tax return by the due date and file the same afterward, such return filed is said to be Belated Return.

The provision for filing the belated return is covered by section 139(4) of the Income Tax Act.

Who can file the belated return u/s 139(4)? Is there any time restriction?

Many people are confused because they are getting messages from Income Tax department for filing their tax return for FY 2015-16 (AY 2016-17) as well, before 31st March 2018.

For a person who did file their ITR by due date, can file it anytime –

(*This part has been amended in the current law)

Though filing of return has numerous benefits, when filing a belated return you should be prepared to face these demerits:-

It is very common for us to make mistakes, if you make any mistake when filing your income tax return whether original return (u/s 139(1)) or belated return (u/s 139(4)), you can rectify it by taking the benefit of the section 139(5).

If a person, who has filed a return of income, after filing discovers any omission or any wrong statement, he may rectify it by filing a revised return at any time but before- 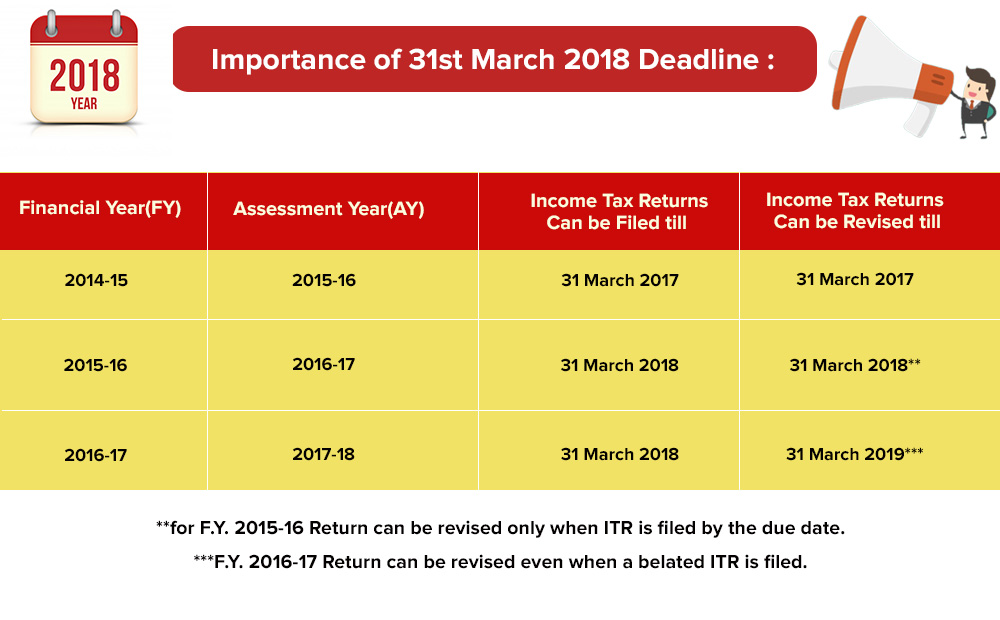 View all of Abhishek Soni's posts.