What happens after you file your Income Tax Return?

With the buzz of the Assessment Year 2018-19 Tax season, most of us are doing with the filing of Income Tax Returns (ITR). But have you ever wondered how exactly these ITRs are processed at the hands of Income Tax Department?

Let’s decode the mystery of the after ITR filing processes of Income Tax Department step by step.

After Filing of Income Tax Return

The first step is to be taken care by the taxpayer himself i.e. verification of ITR.  ITR can be verified either by

There are numerous ways in which person can e verify his Income Tax Return. It may either be done through net banking, registered mobile number, ATM, EVC etc.Here is a link of the guide explaining all such available options, among which you can opt for the best suited. A Simple Guide To E-Verify Your Return!

E-verification is a sequential process which is often judged quite cumbersome by the users. To ease things out we have made a complete Step by Step guide to e verify your Income Tax Return| E verification After filing your ITR.

The second and most practiced option before couple of years was to verify your Income Tax Return offline. This method of verification was highly used but now radical shift to e verifying could easily be traced. The signed copy of Income Tax Return Acknowledgement is required to be sent by post to

The verification procedure of Income Tax Return needs to be done within 120 days of the filing of return. Non adhering to time limit i.e. if ITR is not verified, it will be treated as Never filed. And, further processing of the same cannot be done by the IT Department.

After Verification of Income Tax Return

In the case of E-verification

Income Tax Department sends an email containing ITR-Acknowledgement instantly on the provided Email-id which in the literal sense means that, the ITR has been E-verified and no further steps are required to be taken from taxpayer’s end!!  Also, at the Income Tax Dashboard, the status of the ITR changes to “E-verified successfully”.

And, in the case of sending of ITR-V to CPC-Bengaluru physically

An email is sent to the taxpayers acknowledging that their ITR-V has reached to CPC-Bengaluru.

After Income Tax Return Acknowledgment, the processing of Income Tax Return starts through the Income Tax Department’s software. It takes into account arithmetical errors and incorrect claims that are apparent from the information in the return.

After ITR Processing by the Income Tax Department:

On the completion of Income Tax Return Processing, if there’s any discrepancy between the self declaration and Income Tax Department, then Intimation u/s 143(1) will be issued. Discrepancies can be in the form of

Intimation u/s 143(1) is a computer-generated letter which contains side by side comparison of the Tax Computation of the taxpayer and the Income Tax Department which also takes into consideration the arithmetical errors and incorrect claims that are apparent from the information in the return.

On receiving Intimation u/s 143(1), there will be three possible cases:

Note: The Taxpayer also has the option to file “appeal u/s 246A “as an alternative to rectification u/s 154 as the former covers the cases on which two views are possible.

So, if you receive Intimation by the department next time, then, don’t panic!! Because it might bring some good news too, in form of Refunds!!

Finding it Difficult to File ITR Yourself?

Hire our Smartest eCA’s to File Your Income Tax Return and Get Maximum Refunds.

Basically, there are two procedures through which an ITR can be picked up for scrutiny:

The quantum of cases selected for the scrutiny is more through CASS as compared with the manual selection of ITRs for scrutiny. If your ITR is selected for scrutiny, you will be called by the Assessing Officer (AO) of your concerned ward in his office to submit your proofs pertaining to your ITR. After going through the proofs, the AO will pass an ‘Assessment Order’ u/s 143(3) that whether he is satisfied with the calculations of ITR or not based on the proofs. In case, you are not satisfied with the order passed by AO, you can file the appeal before Commissioner of Income Tax (Appeals).

Hence, It is advisable that you keep all the relevant documents for filing Income Tax Return with yourself like Form-16, Rent receipts, Deduction claim documents, Donation receipts etc. because Income Tax Department can ask for proofs if your case gets selected for scrutiny. For any assistance with filing your taxes Contact Tax2win Now!! 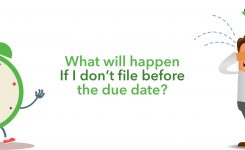 What will happen if I don’t file before the d... 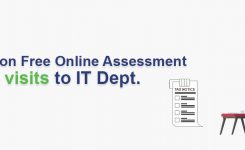 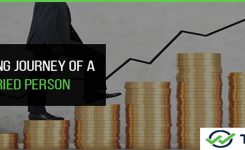 8 Common Reasons For Why You Get Income Tax N... 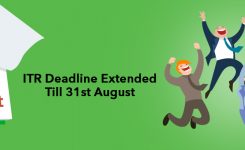 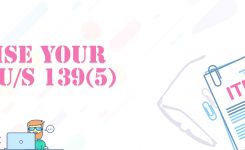 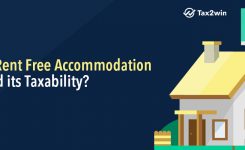 What is Rent Free Accommodation (RFA) and its... 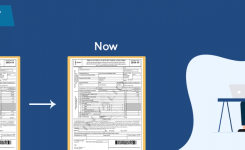