As India is primarily an agrarian economy, persons who make a living from agriculture are granted a variety of incentives and benefits. For instance, farmers in India are exempted from paying any tax on their income from agricultural land under the country’s income tax regulations.

The owner of the land has to pay the taxes and thus, it is important to understand the differences and the laws related to taxations of such lands properly. The rules related to the taxation from the sales of the land are different.

In this blog, we discuss everything that you need to know about taxation on the sales of agricultural land – have a look! 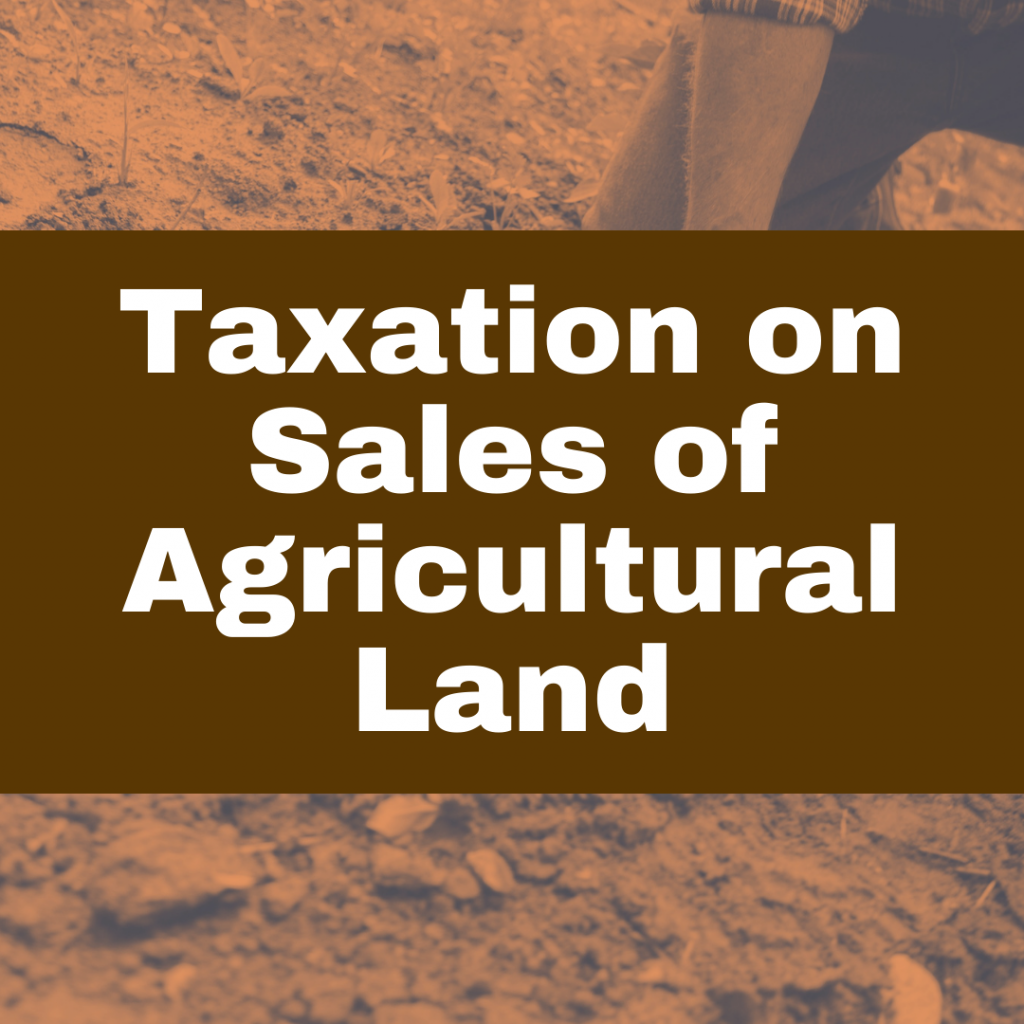 Classification of Agriculture Land In India

Both types of lands are considered different and any gains from the sales of these lands are taxed differently.

Let’s look at these individually!

In India, it is the land that is:

(a) Located within the jurisdiction of a municipality and has a population of less than 10,000.

(b) Located outside the municipality’s limits but:

The term “Urban Agricultural Land” refers to land that is used for agricultural purposes and is located in a specific place. It is not the same as rural land.

a.) If it is located within the authority of a municipality and has a population of up to 10,000 people.

b.) If located outside the municipality’s boundaries, then located at a distance measured in kilometres as:

Taxability of sale of Agricultural Land in India

As Rural Agricultural Land does not qualify as a capital asset, there are no capital gains or losses when it is sold or transferred. This means the sale of such land would result in no capital gain, regardless of the amount involved in the transaction.

The tax on the transfer or sale of urban agricultural land would be calculated similarly to that of other capital assets.

To compute (short/long term) Capital Gains, the acquisition cost of the land and any Cost of Improvement (if any) would be deducted from the sale consideration.

The type of capital gain, such as long or short term, is determined by the number of years the asset has been held by the assessee. When the capital asset is held for more than two years, the capital gain is referred to as long-term capital gain.

If you acquire and sell land regularly or in the duration of your business, i.e., if you hold agricultural land as stocks in trade, then in that situation, any gains from its sale are taxed under the heading Business & Profession. This also implies that no capital gains on such agricultural land will be charged.

Under section 54B, there is a provision to claim capital gain exemption on the sale of urban agricultural land for investment in other agricultural lands. However, there are certain conditions that the claimant needs to satisfy, which are as follows:

These are the laws related to the sales of agricultural land in India. If you are facing difficulties in understanding the laws or computing your income tax on such lands, you can hire our experts at affordable prices.