Indian Air Force is air arm wing of the Indian armed forces. It works under the command of Marshal of IAF, but President of the country holds the supreme command of the IAF. At present there are nearly 1.4 Lakh active personals in IAF. With the implementation of 7th pay commission, salaries of the IAF officials will get a hike.

A new recruit in IAF will get a basic pay of Rs.56,100 and Military service pay of Rs.15,500. A proud feeling of serving the nation along with a huge paycheck. In addition to all this IAF officers enjoy different allowances like HRA, DA( Dearness Allowance) , Flying Allowance, Kit Maintenance amount.

Army officials gets MSP, allowances and other benefits such as

Dearness Allowance, kit allowance and newly proposed dress Allowance will be around Rs.30,000 and so on depending on the ranking and levels.

Indian Navy is the naval wing of the Indian armed forces, under the supreme command of President of India. At present, there are nearly 68 thousand active navy personals in service under the command of Chief of Naval staff and his subordinates Vice Admirals.

By the new recommendation suggested by 7th pay commission salaries and allowance given will get a hike. The proposed salaries as per levels and ranks are as follows-

The hike in basic pay is very good sign for the Navy officials. But the good news doesn’t ends here. Other than basic pay hike, increase in MSP upto Rs.15,500 from level 10 and above officials.

DA, Kit Maintenance and deep sea allowances specially for officials who work in the submarines.

It is known that Civil Services jobs are treated as dream jobs and as a status of pride in the society. Every year lakhs of UPSC aspirants appear for the exam, but only few people cracks it and get a chance to serve the country as a government official. There are different services under civil services. i.e. IAS(Indian Administrative Services), IPS(Indian Police Service),IFS(Indian Foreign Service), IRS (Indian Revenue Services), IES (Indian Engineering Services).

By the recommendations of the 7th CPC the salaries of the officials working under these services will get an increment.

The salaries for the IAS  officers will triple the amount of previous salaries if 7th pay commission recommendations are implemented. The pay scale will increase to Rs.29,900 -Rs.1,04,400 per month. The grade Pay will be changed from Rs.5,400 to Rs.16,200 per month.

Indian police service is one of the most respected services in India. It gives great power to the officer in command along with big responsibilities. They have to keep the law and order in check every day. By the 7th CPC the officers get a pay cheque according to the current position they are holding.

Other than increase in the pay band and grade pay, they also get DA, HRA, travel allowances, electricity bill allowances,water bills and free accommodations.

Indian revenue services include Income tax department. Headed by principal chief commissioner of IT department. The basic pay of the entry-level employee is fixed under 7th CPC, based on the increase in Pay scale and Grade Pay.

The Pay Scale of IRS officers is according to their rankings and post they hold.

The role IRS officer is very important in present situation. Many individuals are reluctant to pay taxes. When a person doesn’t pay his or her taxes, the unaccounted amount will become black money. Black money indirectly leads to inflation and unemployment. When the taxes are paid regularly on time, it will be helpful in allocation more funds for the infrastructural development.

Pay scale for Judges and Lawyers

You will be wondered to know that we have only 19 judges for every 10 Lakh people in India at present. And nearly 3 crores of pending cases across the country. It is stated by one of the recent report that India need nearly 70000 judges as soon as possible .If not, we will face a judiciary crisis. Keeping that in mind to fill the post 7th Pay commission has tripled the basic salary of the judges from civil, district to high courts. More importantly the salaries of supreme court judges.

It will be a great career opportunity for the present generation to get into the judiciary system and serve the nation along with enjoying the pay cheques and allowances.

To keep the law and order in track, Lawyers play a great role directly and indirectly in the society. There are nearly 3 crore pending case in India combining civil, criminal, corporate and family cases.

As per the 7th pay commission, the salaries of the Lawyers will be hiked.The 7th CPC will abolish the grade pay system and increase the basic salary of the Lawyers across the country.

The salaries are likely to be tripled with respect to present pay.

As per the 7th pay commission, the increase in railway employees salaries will give a boost to the economy indirectly by the multiplier effect. Increase in salaries are according to the pay band fall under, pay scale and grade pay.

Apart from the hike of salaries the there are different allowance will be enjoyed by the employees.

The total salary of the railway employees can be calculated using 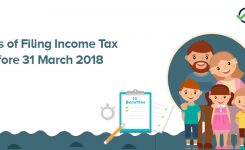 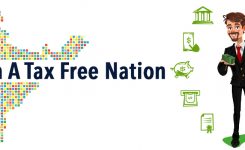 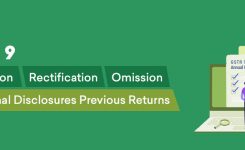 E-payments made mandatory for Government Depa... 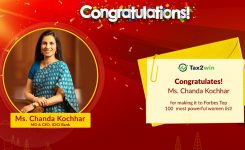 Now EVC can also be generated through Canara ...