10 mind blowing JUGADS only Indians can do to curb their black money!

With the overnight demonetization of high currency notes, people are finding newer ways to settle their large amounts of cash before they turn into just a piece of paper. It’s almost an amusing irony that in this fight against corruption, now even non-corrupts are finding ways to earn some extra bucks by helping people with unaccounted and black money in converting their old notes into new. Here are some amazing tricks people are using to curb black money:

1. Depositing money in the bank accounts of people with no or negligible income:

As declared by PM Modi where deposits exceed Rs 2,50,000, an inquiry will be made by the Income Tax Department regarding the source of such income and it will be matched by the Income Tax Returns filed by you. So, to leverage this, people are looking for bank accounts where they can park their unaccounted cash by paying them some commission ranging between 10% to 25%. The most-in- demand are salaried class employees and people from rural areas, as they generally have a good or no track record with the Income Tax Department.

2. Hiring people to stand in queues for exchanging their old notes:

People are standing in queues for well-off people against 300-500 bucks for exchanging their old notes, but this business is likely to stop from now on thanks to the government’s decision of marking fingers with ink of those exchanging notes.

To stop this, now even government has taken the decision of using indedible ink to mark fingers of those who have exchanged old notes so that there is reduction in crowd at the banks.

Gold is selling at more than 60,000 per 10 gm, twice its actual value and properties are being sold by the builders and contractors at more than their fair value against old currency notes. Same with electronic items like mobile phones, laptops where sellers are accepting old notes at a premium and showing sales in backdated invoices.

5. Arranging IDs of friends, relatives and closed ones and entering in arrangements with Bank officials:

It’s a very simple way of converting old currency into new currency for the businessmen as they’re paying their old and trusted staff advance salary in old notes which the staff is depositing in their account, interest on it being their extra income.

In a bid to park enormous cash funds, people are approaching their relatives, friends and other known persons if they want some extra interest free funds which they can repay later after the air of demonetization and Income Tax inquiry settles down. It’s a win-win situation for both the parties.

People are giving donation with their old notes at temples, mosques, church and other religious places. After donating, they get into tie-ups with the accounts officials of that place and in exchange of 20%-30% commission, get new currency or Rs 100 notes.

9. Trying to keep the High balance of cash in hand in the Books:

This is one other trick used by the businessmen where they’re inflating their back dated sales and booking them as cash sales so that they can show handsome cash balance in white. Then they’re depositing this cash balance in their current accounts as proceed from sales.

Do you know that political parties enjoy an interesting exemption, i.e. they are not required to furnish source for donations received for Rs 20,000 and less? So, anyone having an alliance with a political party can very conveniently exchange/donate black money or unaccounted money against some commission without any risk to both the parties.

“With government’s strict stance on this matter and the newly amended Benami Act (which prohibits transactions which are done in other’s name through illegal means like buying property in your servant’s name etc.), and the upcoming amendments in Budget-2017, it will be wise to take any action only after considering all consequences and penalties that may arise in future.” said CA Abhishek Soni, Co Founder of Tax2win. We strongly recommend that you should not get into such things as you never know when you can be penalized for it. 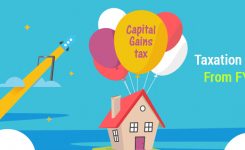 Taxation on the Long term Capital Gain from 1... 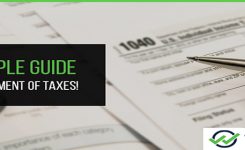 A simple guide to E-payment of Taxes! 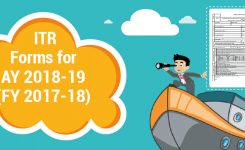 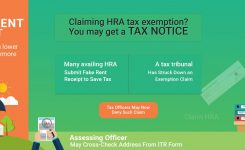 Claiming HRA Tax Exemption? You may get a TAX... 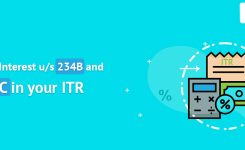 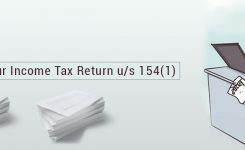